On a cool November evening, a stream of runners wearing bright neon clothing and glowing accessories made their way along Fremont Street in downtown Las Vegas for the city’s Rock’ N’ Roll Run. Tony Hsieh, CEO of Zappos, weaved through the crowd and walked up to the 40-foot preying mantis that spews out fire and guards Container Park on 7th Street. Wearing a Zappos T-shirt and jeans, Hsieh soon attracted a small crowd near the art installation, which he first saw at Burning Man, the annual 60,000-person rave in Nevada’s Black Rock Desert.

What he envisioned for downtown Vegas a few years ago was finally starting to become reality. It’s proof that one man and his money can go a long way when it comes to revitalizing a city.

Executing on such a bold vision isn’t easy. For example, the city had never seen a project like Container Park, filled with about 40 repurposed shipping containers holding bars, retailers, and other small businesses. Today, the park outshines the original renderings posted in Hsieh’s apartment from the early days of the Downtown Project.

“Everyone sees the end result,” said Donner. “Very few people really understand the process to bring this to fruition. It’s a marathon, not a sprint.”

Container Park is only a fraction of the Downtown Project, which traces back to Zappos’ move downtown. While Hsieh was looking for a new headquarters for his online shoe and clothing retailer in 2009, he started hanging out at the Downtown Cocktail Room, a bar on Fremont St. and Las Vegas Blvd. He was intrigued with the area.

“One afternoon, a few weeks after we met, he texted me and we went on a walking tour of downtown,” said Donner. “He pointed at City Hall and said, ‘That would make a cool corporate campus.’”

At the time, Las Vegas was building a new City Hall, and after a long negotiation, RGG secured the old building for Zappos, which was acquired by Amazon in 2009. Originally, the idea behind Downtown Project was to create a place where Zappos employees would want to live, work, and play. But it became much larger than that.

When Hsieh moved into his apartment downtown, the area was reeling from the recession. Las Vegas was hit harder than any other city by the housing crisis, and the Fremont East District wasn’t spared. He saw an opportunity to capitalize on rock-bottom real estate prices, but it would take a lot of convincing to get people to believe in his vision.

In a strategic early investment, Hsieh’s Downtown Project bought the rights to First Friday, a regular arts festival downtown, and backed Rehan Choudhry’s inaugural Life Is Beautiful festival, which drew 60,000 people to the Fremont East District in October. Donner was named CEO of the festival in January.

Downtown is two miles from the glitz and glamour of the Las Vegas Strip. That proximity works to its advantage, but Hsieh has decidedly kept his money out of the gaming industry.

“Tony sees the trends towards experience,” said Michael Dominguez, senior vice president of corporate sales at MGM Resorts International. “Almost 70 percent of our revenue is non-gaming and there are new casino projects already in the works for downtown. The majority of our revenue  comes from shops, restaurants, and the hotel experience.”

Dominguez says that downtown Vegas is reminiscent of Midtown Atlanta and South Beach Miami, both areas that underwent dramatic revitalizations. “Usually it’s a hotel or some other business that’s the anchor for the renewal,” he said. “What Tony’s doing is different. It’s much bigger than Zappos at this point.”

The transformation of downtown Vegas is part of a much larger trend. Bruce Katz, a vice president at the Brookings Institution, says there’s a wave of private-led urban regeneration across the country.

Ultimately, this trend is uniquely American. “In other countries, this sort of transformation is led by the government, but the U.S. is really quite distinct in that our cities are co-governed by networks of institutions and leaders, civic universities,” said Katz. “We have perfected the art of operating as networks.”

He describes Tony as an early adaptor of the “shift to open innovation from closed innovation” and says Vegas has a unique place in this web of connectivity.

“Look below the glitz,” said Katz. “It’s the quintessential economy. It’s very global because of all the people who visit, and it has hidden advantages and assets.” 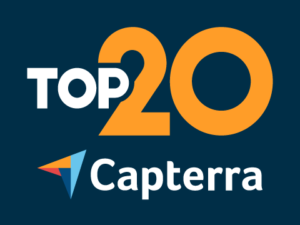