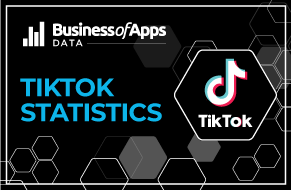 TikTok, known as Douyin in its home market, was launched in China in September 2016. It was pushed out globally as TikTok the following year.

The TikTok app allows users to create 15 second videos, soundtracked by music clips. Sounds simple enough, but it’s a wildly popular concept. Depending on who you ask, the app was the world’s second-most or fourth-most downloaded non-gaming app of 2019 (only behind various Facebook entities in either case).