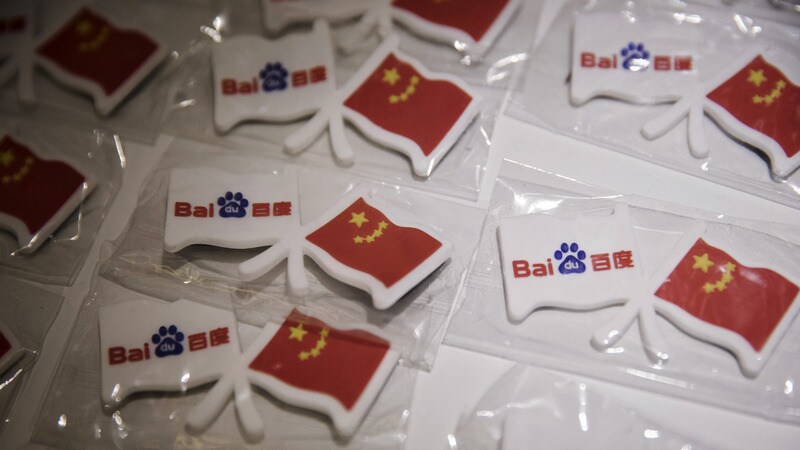 When Alex Tabor made his first trip to Beijing back in 2014, the Brazilian executive was worried about communication. Tabor doesn’t speak Mandarin, but he was hopeful that (with the help of a translator) he could get one thing across: the huge opportunity for Chinese companies looking to invest in Latin American tech firms.

While there, he met with officials at Baidu, China’s biggest online search engine, hoping to raise capital for his Internet discount hub, Peixe Urbano. Tabor was already focused on pivoting to a bigger business – one that could sell directly to users rather than just posting discounts. Baidu was interested, and took a majority stake.

A few years earlier, in Chile, Felipe Henriquez had co-founded Clandescuentos, another venue for web surfers seeking deals. It was quickly scooped up by US giant Groupon. He stayed on, helping build the portal’s South American footprint. By 2017, Henriquez and a group of investors bought the company back. It was renamed Groupon Latam. It was about this time that he called Tabor. Both serial entrepreneurs who even share the same birthday (they’re both 38), the men clicked immediately. The desktop-to-mobile transformation of Latin America was in full swing, and both men were in the vanguard. By merging Peixe Urbano with Groupon Latam, they hoped to dominate the Latin American marketplace.

Had Tabor not enlisted the help of Baidu, their success story may have ended before it began.

As America recedes into the background, Chinese foreign direct investment in Latin America and the Caribbean has skyrocketed over the last ten years, according to a 2018 report by the Economic Commission for Latin America and the Caribbean. China dropped close to $90 billion (roughly Rs. 6.4 lakh crores) in the region between 2005 and 2016. With a growing emphasis on telecommunications, Chinese investment in emerging technology is increasingly the primary fuel behind Latin America’s tech boom.

Long term, Beijing wants to cement deals with countries that are both resource-rich-a critical need for Chinese industry-and have growing consumer demand. Often, those nations and their technology firms are seeking Chinese expertise-and money.

“I became very excited when I saw the opportunity with investment and guidance from China,” Tabor said during a recent interview in New York. “Historically, Latin America has looked to Silicon Valley and New York for business, but there are innovations in China that could be even more applicable to the Latin American reality.”

Henriquez agreed. “China’s influence has been very important. Latin America is more similar to China than to the US,” he said in an interview. “When you go to China, you see what’s going to happen in Latin America in five more years. Today, we look at China. We look at Meituan, at Alibaba and Tencent, to see what we can do in the future.”

In 2015, the Chinese government announced a 10-year plan to increase trade with Latin America to $500 billion and investments to $250 billion. In 2017, trade between the two regions stood at $266 billion.

At the time of Tabor’s visit, Baidu was already looking to invest in online marketplaces for local goods and services-things like ride hailing, grocery and food deliveries, bike and scooter rentals. A Brazilian-American and son of international aid workers, Tabor lived in South Asia for much of his childhood. He studied computer science at the University of Southern California and had already started a few other companies before Peixe Urbano-which is Portuguese for Urban Fish.

Baidu was formed in 2000 and went public five years later. In less than two decades, it has grown to dominate the Chinese internet space, providing a platform for users to obtain information and services through a Chinese-language searchable online platform, encyclopedia and other verticals for search-based products. In 2014, the Beijing-based firm launched its pay application, Baidu Wallet, and a food delivery vertical. As of 2016, mobile revenue made up 60 percent of Baidu’s receipts.

Meanwhile, in September, rival Meituan Dianping-a full service online marketplace that Tabor holds out as a model-raised $4.2 billion in the largest Internet-focused IPO in four years.

That was the scale Tabor envisioned. After Baidu bought in, Peixe Urbano’s annual sales doubled. Tabor said that, in addition to funding, Baidu showed him how to grow his merchant coverage and mobile audience. By the end of 2016, Tabor’s company had 75 percent of the market share in Brazil, he said. Then, in 2017, he joined forces with Henriquez.

Groupon Latam’s success followed the sudden, mass-adoption of smartphones across Latin America. Just as the same transformation catapulted more than 1 billion Chinese onto the mobile Internet, the same door has opened for online retailers from Mexico to Chile. Mobile users in Mexico City and Santiago appeared almost overnight, and were suddenly hungry for the same app-convenience-to order pizza, check on traffic, hail a ride-that Chinese, Europeans and Americans now take for granted.

Online discount hubs like Groupon Latam earn a profit when merchants get a sale from their listing, picking up a small percentage of the transaction. The revenue adds up-Groupon Latam makes more than $250 million in sales per year, Tabor said. Local sales teams now dot the region, with a call center based in Florianopolis, a buzzing Brazilian beachside city. The town, home to a young, tech-oriented workforce, is “full of Argentineans, Colombians, Chileans and Uruguayans,” he said.

Tabor has around 1,000 employees located in six countries – Colombia, Mexico, Argentina, Chile, Peru and Brazil-with 4.5 million active users annually. At any one time, Groupon Latam has up to 118,000 discounts posted online for things like a dinner for two at a new pizzeria in Buenos Aires, a vacation escape to the Chilean coast, a kickboxing class in Bogota, a massage in Guadalajara, or a flat-screen TV that can be delivered anywhere in Rio de Janeiro.

The company has since acquired Menu Express, a food delivery business, and Pipol, a mobile payments platform, both in Chile. The goal now, Tabor said, is to convert Groupon Latam into a real services hub.

“There are few e-commerce companies in Latin America that have a regional presence with this volume,” Henriquez said. “This platform could introduce the future business models that will be used in the region with an important scale and presence in the six largest markets of Latin America.”

Technology giants in China want to get in on the ground floor in Latin America’s tech explosion, and are showing up with cash. According to a report by the United Nations Economic Commission for Latin America and the Caribbean (CEPAL), Chinese firms were the largest investor in the region in 2017, with around $18 billion-representing 42 percent of the volume in the region.

Among them are ride-hailing company Didi Chuxing, which purchased Brazil’s 99 Taxis for an undisclosed amount while also expanding into Mexico. TCL, a Chinese tech firm with a subsidiary in Argentina, entered a joint venture with Radio Victoria, one of the country’s largest consumer electronics makers. Huiyin Blockchain Venture led a round of funding for Argentinean Bitcoin payments service Ripio. And Chinese Tencent invested $180 million in Nubank, a Sao Paulo-based fintech startup with five million customers and one of the top five credit cards in Brazil.

Last year, China’s Xiaomi, known mostly for smartphones, opened stores in Colombia. Its products can already be found in Mexico, Brazil and Chile. Its continuing expansion into Latin America has relied on local brands with a strong presence, such as Movistar and Telcel, to distribute its products and build a brand. Also joining the fray is bike sharing platform Mobike, which began offering services in Mexico City and Santiago in 2018. That company was recently acquired by Meituan Dianping.

Nathan Lustig, 33, a partner at Magma Partners, helped launch a China-Latam accelerator last January seeking to connect business owners, investors and government officials in both regions. In 2018, the Santiago venture capital firm held ten workshops in Beijing and Shanghai, with themes rotating among businesses from Panama to Argentina.

“Right now, we’re at the inflection point,” Lustig said. “There’s a massive trend of copying from China because they solved the same problems ten years ago Latin America is dealing with today: the unbanked, no-credit scores, no phone-to-suddenly having smartphones.”

In Brazil, a company called Chinnovation emerged as a sort-of dating service for Chinese investors. The company takes them on a tour of Brazil to connect with companies ripe for investment. And it’s a two-way street. In Hsieh, director of Chinnovation, said e-commerce giant Alibaba is launching an executive program in Brazil next month with its eponymous business school, targeting entrepreneurs and executives.

Margaret Myers, program director at The Dialogue for China and Latin America, said China has been priming the region for decades. With mature relationships between governments in the agricultural and mining sectors, financial integration and telecommunications in the private sector was next. The timing for companies such as Groupon Latam couldn’t be better.

China “considers itself a developing country that has experienced rapid growth and leapfrogging technologies,” Myers said. “So they understand how technological innovation in a developing market like Latin America can be achieved.” 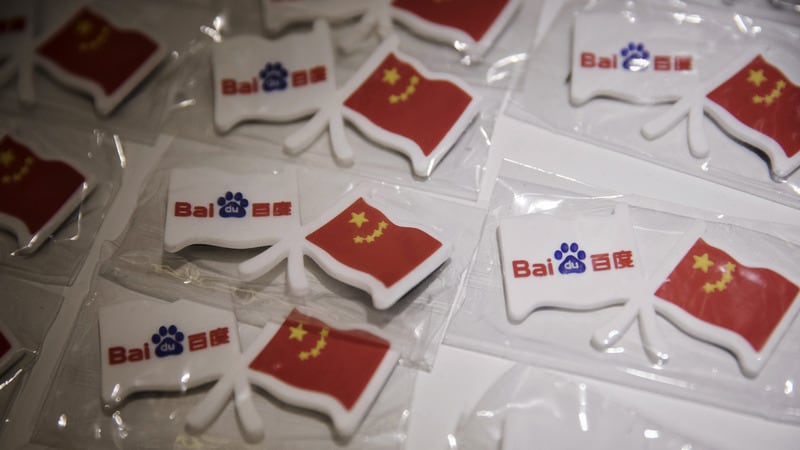 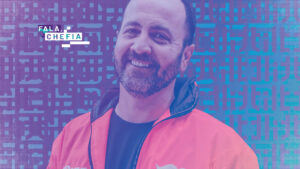